David Grant Dean, highly respected fine artist of oils and has become known as an “Impressionistic Romantic Realist” through his portrait, still-life, and landscape work. 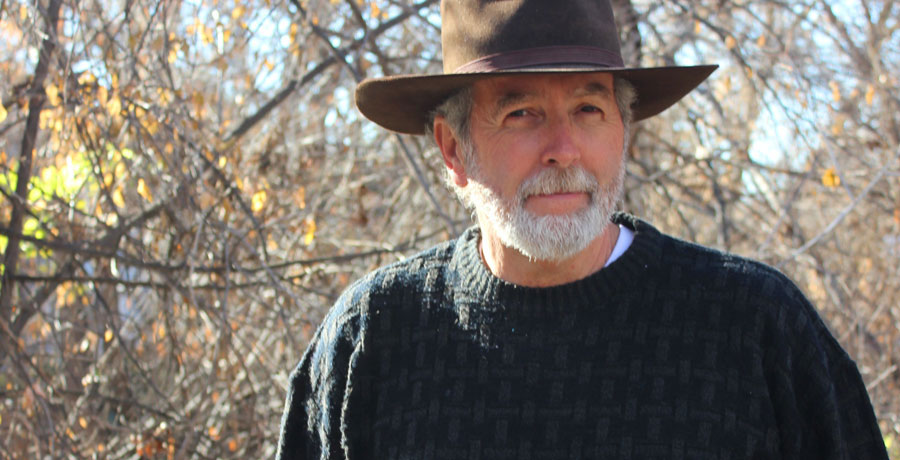 My statement on my art, is my art!

“Impressionistic Romantic Realist” working in a medium of oil, David's style has evolved since the 1980's. As an established fine artist, inspiration comes to him as he re-creates a spirit, if you will, of objects animate and inanimate. He successfully achieves this through the ordering of all elements within the spectrum of purposeful art. Shapes, colors, and the varying values in and of themselves with the defying demand for light, becomes a reason to imitate with paint what is felt inside. People, places, and things are then transformed into a portrait, landscape or still life. Upon completion, David's artwork is then placed in a custom hand-made frame of superior quality ready to grace the wall of a home or other private or public building. 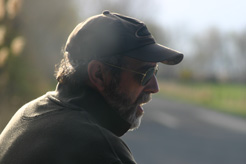 David began a serious study of the arts in Palm Springs, California after his service as a flight deck attendant in the U.S. Navy in his early 20's. At this time he studied architecture and sculpture. He helped to develop the Sculpture Center at the College of the Desert and was one of the first artists to experiment in cast paper relief.

My purpose in creating fine art is for the enjoyment and pleasure of the spectator. My hope is that an attraction to the finished work will be felt in the same way I was attracted to the subject before I ever picked up my paint brush.

After returning to Utah he attended the University of Utah. Since his formal schooling, David has studied in depth the style of the more noted old masters, and has developed a unique style of oil painting by combining the knowledge of the old master with the freshness of the impressionists.

David has always found opportunities to teach as a former high school art teacher, a volunteer in the elementary schools and continues to instruct adults in various classical methods and techniques in art.

Some notable artists David has studied under in the past ten years include: Zhang WenXin, Max Turner, and George Allen. Earlier on in his life he was influenced by Avard Fairbanks, his great uncle.

David is currently best known for his oil paintings which include historical portraits, landscape, and still lifes. He has an extraordinary gift of capturing life and light.

Over the years, David has received wide spread honors for his artistic abilities through various awards and recognitions, including Best of Show, Top Seller and People's Choice Award. 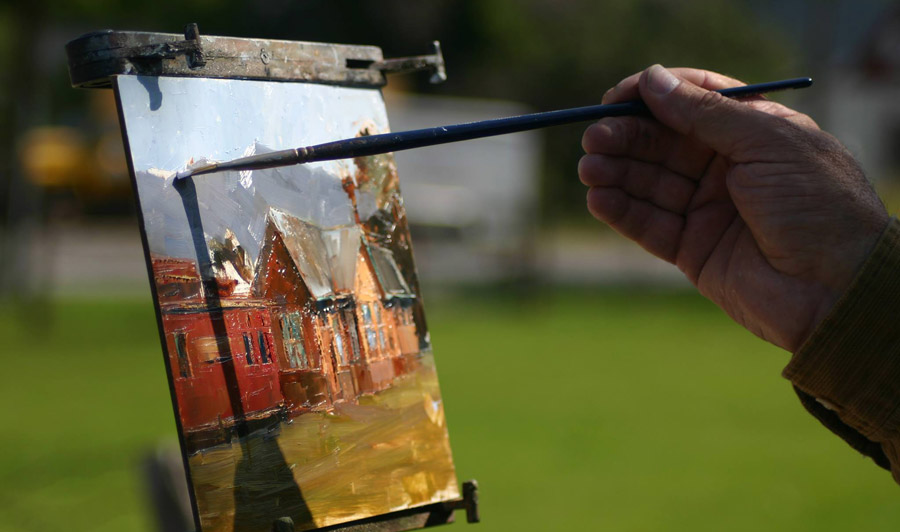 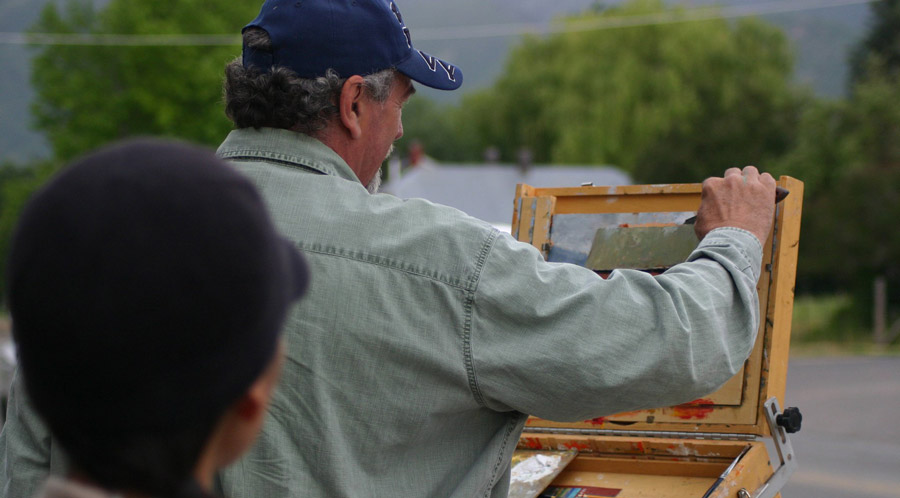 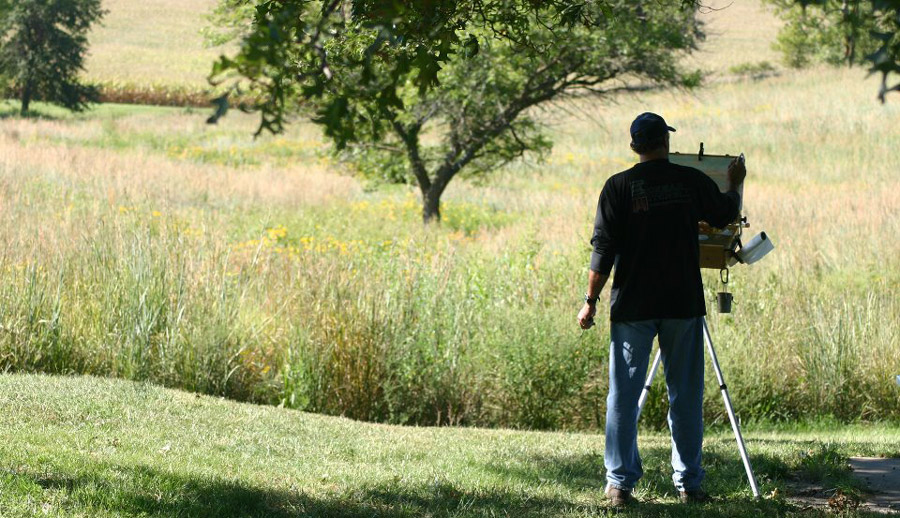 What David's Colleagues are saying:

He is a neat guy and a good artist. His oils are fresh, vigorous, sensitive and rich. 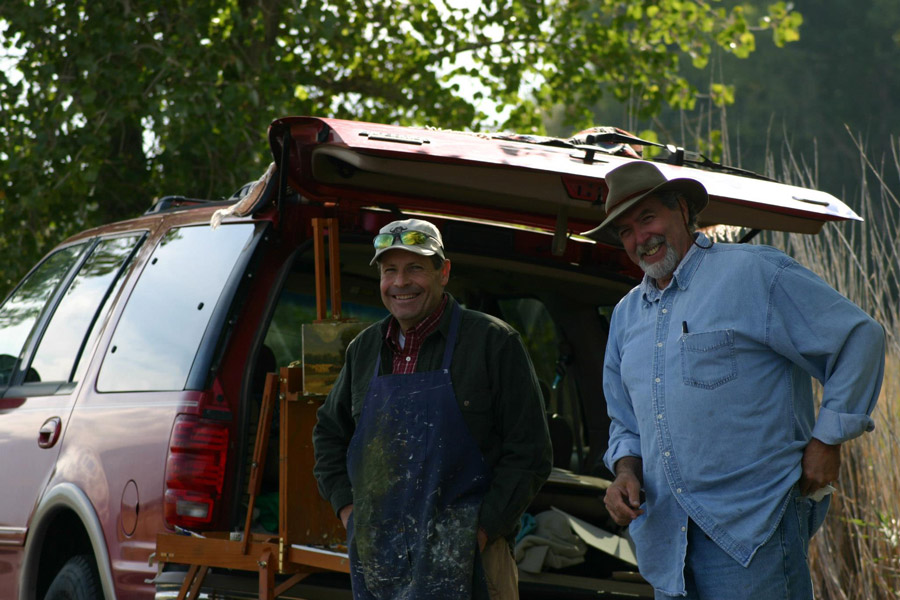 What strikes me about David is the deliberate way he has of going about reaching his goals. He continues to educate himself in various yet specific ways which is very impressive. He has gathered and continues to gather the needed tools for success. He has the ability to use the tools from impressionistic painters as well as the more representational artists such as the old masters - which I feel are the best sources. He has a warmth in his personality and in his art - he gives, he lives it, and he trades his knowledge in a very unselfish way. He is interactive in a proactive way. He has a vision I share as well. This is that we need to enlighten our society, masses, public on more of the language of art. During the renaissance it was the "in thing" to know art - literature - music. It is slowly becoming that way. David is an important figure in the renewal of great art. It is important that we mature enough in the arts if we wish to mature enough as human beings in reaching a higher power for all mankind. Great art serves as a strengthening power. We must raise the standard of excellence in the arts. This is a good thing. David is digging and pushing to elevate the quality of painting. We need tot walk about it, write about it, and do it! These are the spoken goals of David. It is more than just a theory. There is a movement happening. He is a large part of it. It will serve as his greatest legacy.

David is in the tradition of all great artists, is extremely generous with his time and techniques. Being the consummate perfectionist, David is rarely satisfied with a finished work of art, always striving to make the next piece better than the previous one. Another trait he portrays that is true to all great artist as well is confidence enough in himself and his work to share his ideas and techniques with his colleagues. That's Dave.

David's paintings return to a tradition of the old masters. Striving for an understanding in the basic rules yet pushing each new painting further than before. I enjoy watching him paint as he labors over each step from the historic study of the scene to be painted throughout the preparation and design to the last final glazes. You can see the painting become a part of him through the feelings he always achieves.

David has shown a remarkable facility for the creation and teaching of Classical Academic Art. My sporadic seminars, conducted in Provo, UT two decades ago, provided a model for his first teaching ventures, perpetuating a widespread interest in the preservation of our ancient craft of painting with oils. Indefatigable, this strong, talented artist and teacher has also, with his beautiful wife Jean, managed to raise 12 children, educating each of them with courageous Christian philosophy. Art students at any level of development would profit from studying with David Dean. My wife Barbara Jean and I feel honored to consider Jean and David close friends.